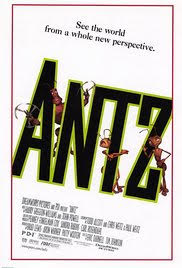 Z (Woody Allen) is just a worker ant–one in a billion–and his odds of landing the beautiful Princess Bala (Sharon Stone) are about the same. Undaunted by the colony’s unyielding caste system, Z enlists the aid of his best friend, a soldier ant named Weaver (Sylvester Stallone), to get to the Princess. When a remarkable twist of fate turns Z from a common drone into an unlikely hero, he unwittingly puts a bug in the ambitious General Mandible’s (Gene Hackman) plan to literally liquidate the colony and remake it in his own image.

Z soon finds himself leading a revolution that becomes a celebration of individuality in the face of overwhelming conformity. Once the most insignificant of workers, Z may just prove to be the biggest hero of them all.