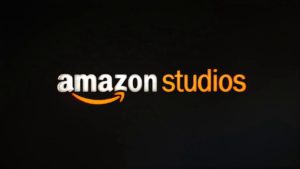 SEATTLE — January 13, 2015 — (NASDAQ: AMZN) — Amazon Studios today announced it has signed the critically-acclaimed Director Woody Allen to write and direct his first television series ever. Untitled Woody Allen Project, a half-hour series, has received a full season order and episodes will be written and directed by Allen. Customers will initially be able to see the series exclusively on Prime Instant Video in the US, UK and Germany.. Additional details, including casting information will be made available in the future.

“Woody Allen is a visionary creator who has made some of the greatest films of all-time, and it’s an honor to be working with him on his first television series,” said Roy Price, Vice President of Amazon Studios. “From Annie Hall to Blue Jasmine, Woody has been at the creative forefront of American cinema and we couldn’t be more excited to premiere his first TV series exclusively on Prime Instant Video next year.”

Woody Allen added, “I don’t know how I got into this. I have no ideas and I’m not sure where to begin. My guess is that Roy Price will regret this.”

Allen is represented by ICM Partners.

Amazon Studios has also announced five additional, original series to debut in 2015 including Michael Connelly’s Bosch; Hand of God from Marc Forster and Ben Watkins; Red Oaks from Steven Soderbergh, David Gordon Green, Greg Jacobs and Joe Gangemi; and kids series Wishenpoof! from Angela Santomero and Out of the Blue Enterprises; as well as a second season of Transparent.

Amazon Studios launched in 2010 as a new way to develop feature films and episodic series—one that’s open to great ideas from creators and audiences around the world. Anyone can upload a script online and Amazon Studios will read and review all submissions. Those who choose to make their projects public can also receive feedback from the Amazon Studios community.

Comprehensive cast and crew information, including bios and filmographies, is available on Amazon’s IMDb (www.imdb.com), the world’s most popular and authoritative source for movie, TV and celebrity content.